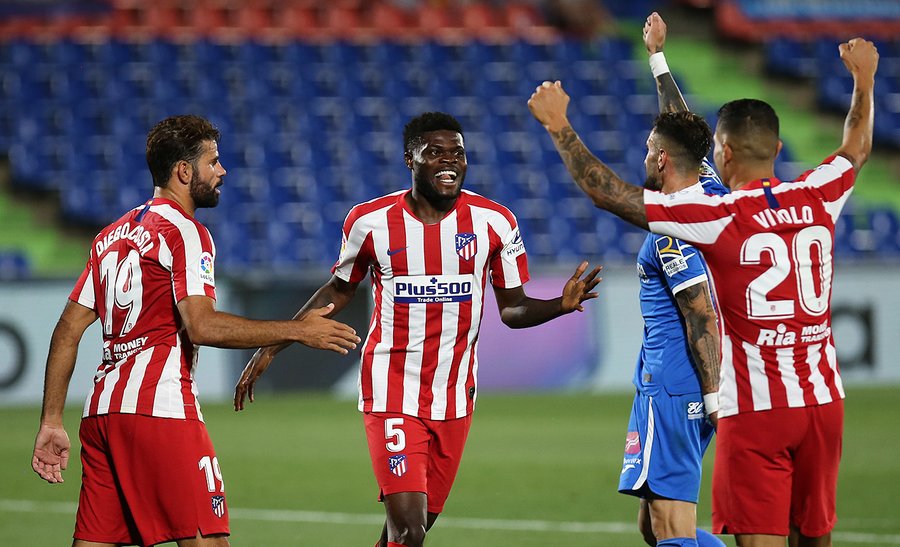 Black Stars’ Thomas Partey came from the bench to score his third goal of the 2019/2020 La Liga campaign.

Atletico Madrid won the game by two goals to nil at the Estádio Coliseum as Rojiblancos looked to seal a UEFA Champions League for next season.

Marcos Llorente handed Diego Simeone’s men the lead despite not dominating the game. The Spaniard picked the ball just around the 18-yard-box, turned and passed the ball into the net.

Ghana’s Thomas Partey then extended his side’s lead by doubling the tally against Getafe. He picked up a pass in the goalkeeper’s box and then placed it into the net.

The goal meant that the 28-year-old has now scored three goals in 34 league appearances this season.

Rojiblancos are third in the La Liga table with 69 points with a single game to the end of the season.