The former US vice-president said his rival has unleashed “too much anger, too much fear, too much division”.

His impassioned speech was the capstone of a political career spanning nearly half a century.

Mr Biden, 77, heads into the general election campaign with a clear lead in opinion polls over Mr Trump, 74.

What did Biden say? 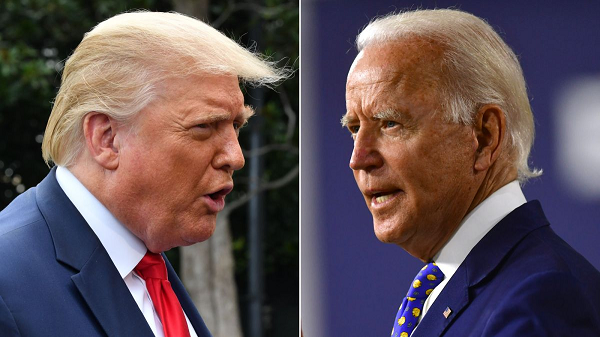 But there was no balloon drop, cheering throngs, or any of the other fanfare and razzamatazz of the typical American party conference, because of the coronavirus pandemic.

Organisers opted instead for a virtual set piece of mostly pre-recorded speeches crunched into two hours of highly produced programming each evening But with 75 days to go until the election the Republican president has plenty of time to narrow the gap.