Arsenal have finally announced the signing of Brazilian centre-back Gabriel Magalhaes on a five-year deal.

The 22-year-old defender joins the club from Lille for around £27m in what is a major coup for Mikel Arteta’s side.

Fans have been waiting patiently for the deal to be officially confirmed and wishes were finally granted today across Arsenal’s official social media channels.

The Brazilian joined fellow countrymen Willian and David Luiz in a video group chat to announce the deal, meaning Arsenal fans can now look forward to the 22-year-old’s debut.

Gabriel is revered as one of the best young defenders in the world after a breakthrough season in Ligue 1 in 2019/20.

Both Manchester United and Napoli were heavily linked with a move for the young centre-back, but Gabriel simply couldn’t turn down the prospect of playing regularly for Arsenal under Arteta.

The Brazilian is set to be a key member of the Gunners’ first-team in 2020/21 alongside fellow new defensive arrival, William Saliba.

Speaking about his latest signing, Arteta said, per Goal: “We welcome Gabriel to Arsenal. He has many qualities which will make us stronger as a defensive unit and as a team.

“He has proved with Lille that he is a defender with many outstanding attributes and we are looking forward to watching him grow as an Arsenal player.” 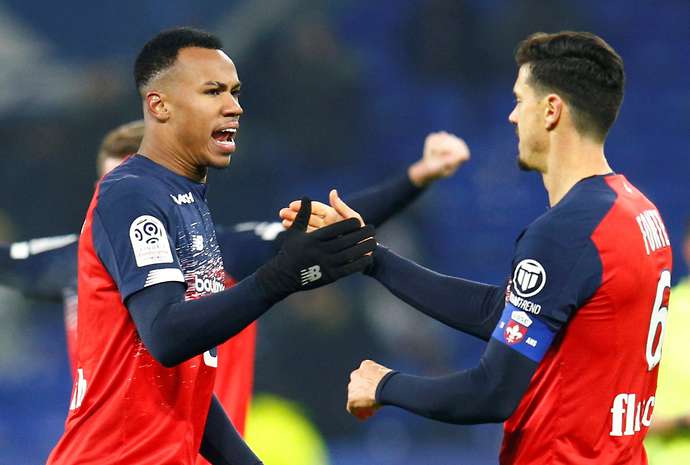 Gabriel himself was asked about the transfer and added: “[Edu and I] had several chats about Arsenal and the new project, we had many good conversations.

“As the days went by I was getting very excited about it, then I had a call from the coach and that was very reassuring.

“Having the coach himself calling you to say he wants you in his squad motivates you a lot. That is the very reason I am here today.”

After years of being labelled as ‘defensively inept’, Arsenal may be on the way to possessing a back-line that can compete with Europe’s elite once again.

WWE news: The 30 greatest pro-wrestlers of all time have been ranked