Football fans around the world are itching for the 2020/21 season to get underway.

It feels like yesterday that 2019/20 concluded with Bayern Munich lifting the Champions League trophy in Lisbon, but the COVID-19 pandemic means the two terms have effectively bled into one.

Fans of the English game were teased with Arsenal‘s victory over Liverpool in the Community Shield, while just a brief international break stops the league season from commencing now.

It’s going to be fascinating to see whether Liverpool, Bayern, Paris Saint-Germain, Juventus and Real Madrid will be able to retain their titles across the continent.

Equally, there will be great anticipation over whether this all-powerful Bayern team will be able to replicate their 2019/20 antics when the new Champions League season cranks into gear.

And to make things even more exciting in the meantime, there have been a number of major signings in spite of the pandemic that could even include Lionel Messi to Manchester City. 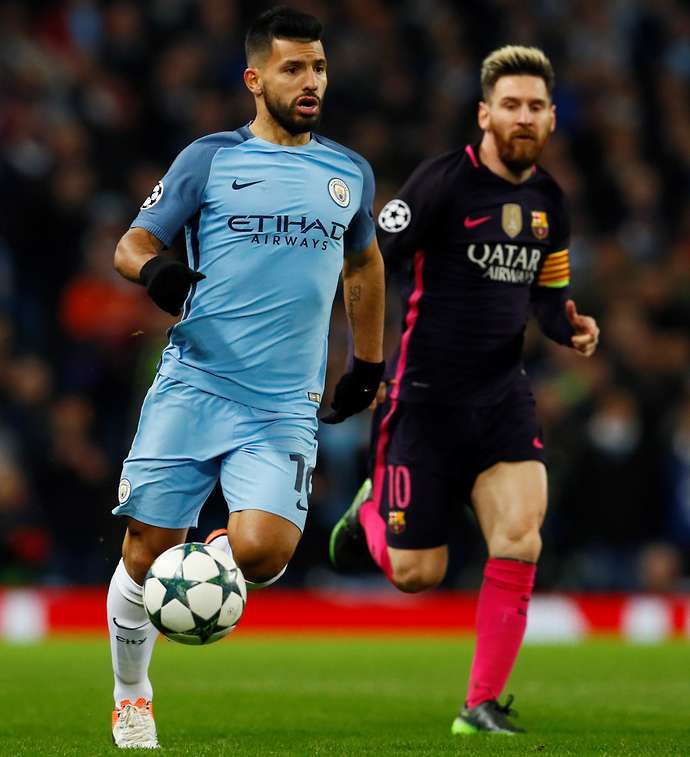 So, here at GIVEMESPORT, we decided to look at how 14 of Europe’s biggest clubs could be lining up ahead of the new season and we honed in on their front threes in particular.

We completed this exercise with the Premier League‘s top six earlier in the year, so we’ve included all of them for good measure, but with eight of their continental rivals added for extra spice.

And it’s important to note that these are the front threes we predict each of the teams will have when the 2020 transfer window closes as opposed to their squads at the time of writing.

Plus, this is football we’re talking about, so we had to add some competition, which has come in the form of ranking the 14 triumvirates from worst to best – check them out down below: 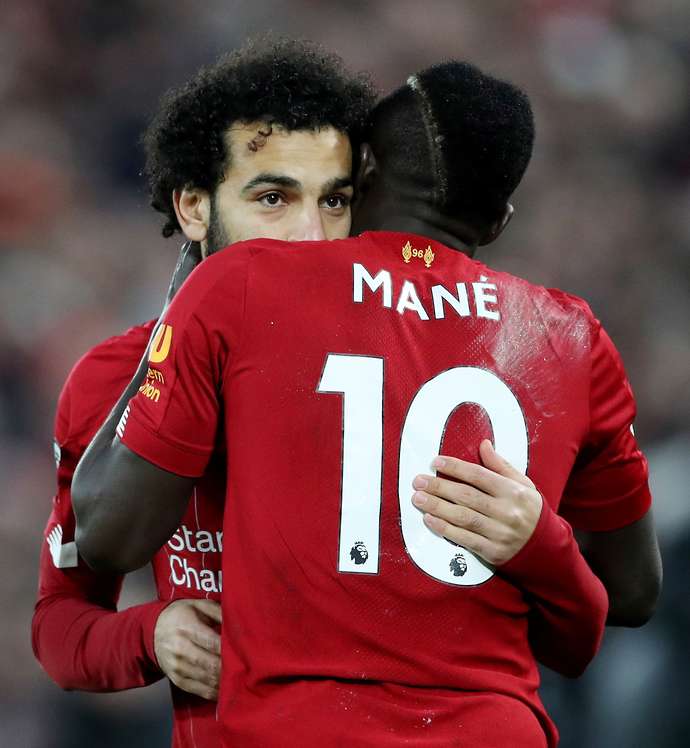 The eagle-eyed readers amongst you will indeed notice that Sancho isn’t present in this front three and that’s a massive reason behind Dortmund finding themselves at the bottom of the pile.

Reus and Hazard are top-class wide-men, no doubt about it, but Haaland is the truly world-class member here with 16 goals for BVB last season; it’s just not enough to lift them from the bottom.

Diego Simeone’s tactics are probably the least conducive to a natural front three of the teams on this list, so, yes, you could easily sub in Saul Niguez, Angel Correa or Marcos Llorente if you like.

But in terms of our picks, neither Costa nor Morata have truly set the world alight over the last two seasons and even Felix, who is bound to improve in his second year, can’t elevate Atletico up from an unlucky 13th. 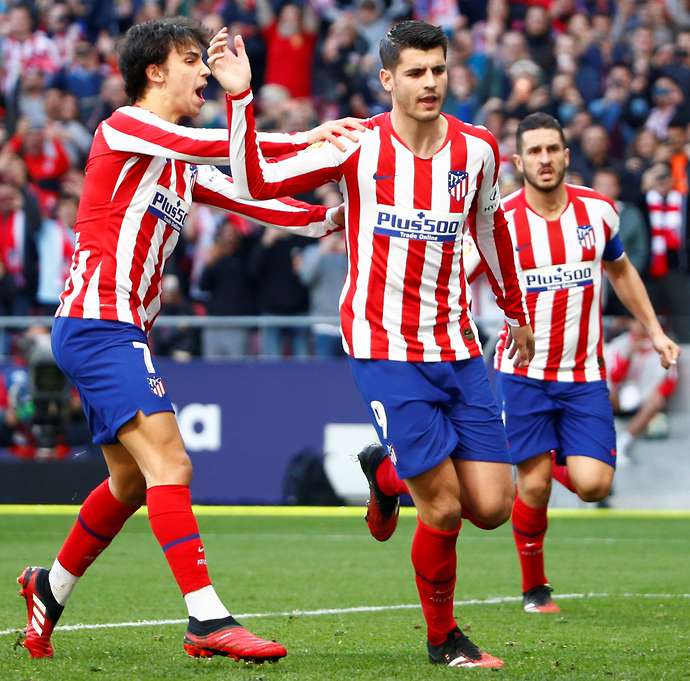 Yup, this is the high standards we’re talking about here when one of Europe’s most underrated wingers and one of its finest number nines can’t even blag themselves a place in the top ten.

But for all his flashes of brilliance in a Tottenham jersey, we can all agree that Bergwijn brings this front three down a rung and he’ll have to improve on his three goals in 16 Spurs matches so far.

Woof. That’s right, Barcelona come crashing out of the top 10 because we’re predicting them to lose both Messi and Luis Suarez this summer as well as missing out on Lautaro Martinez.

It could give the opportunity for Griezmann and Demebele to finally kick on as Barca players, while Fati will only get better with age, but Ronald Koeman could be facing an uphill battle in 2020/21. 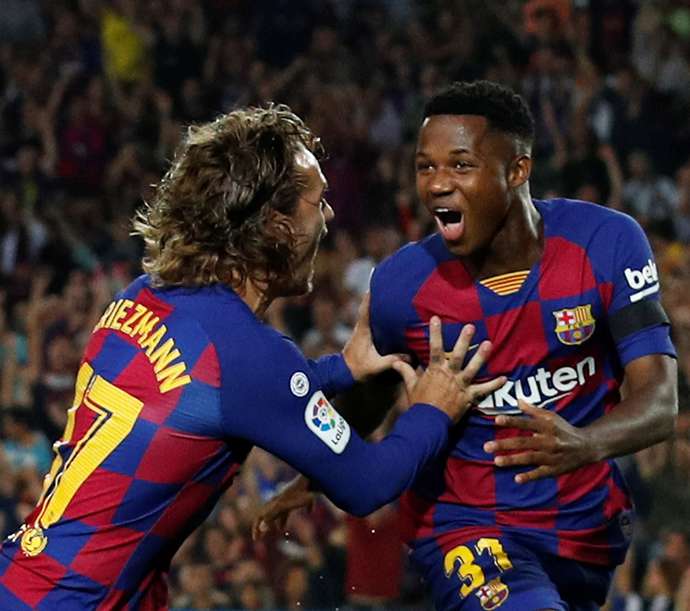 If we were talking about number nines and number nines alone, Arsenal would be in the top five because what Aubameyang has achieved in north London, scoring 71 goals, is beggar belief.

And with Willian arriving as Chelsea‘s best player from last season and Pepe statistically having been Arsenal’s top performer in 2019/20, there’s good reason to feel optimistic at the Emirates.

The key thing here is that we’re doubtful about Martinez leaving the San Siro until next summer and this front three essentially lives and dies by the Argentine’s remarkable connection with Lukaku.

The pair scored an almighty 55 goals combined last season, so although Sanchez lets the trio down a little – though he did finish the year strongly – they’re still worthy of a position in the top ten. 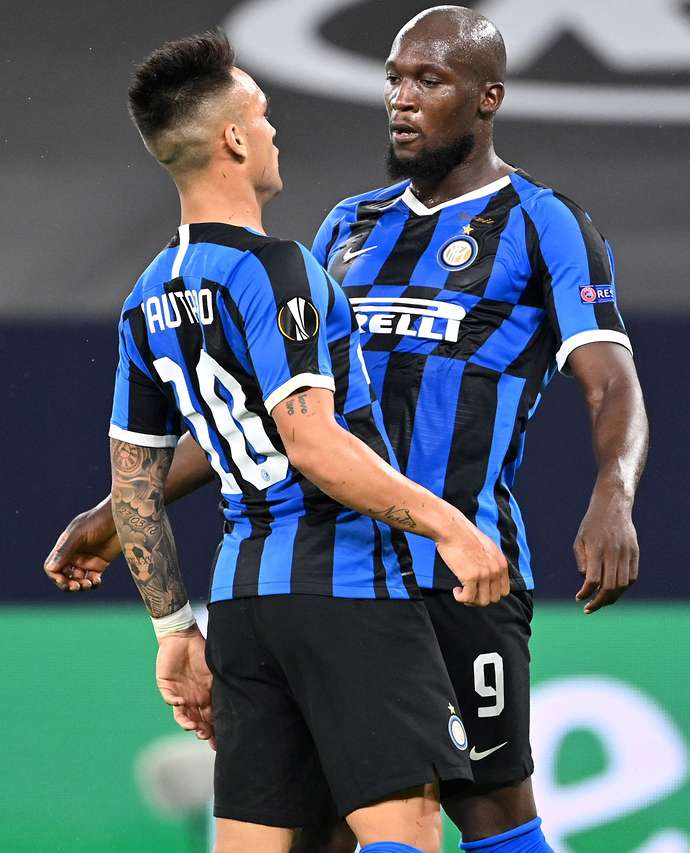 Only time will tell whether Pulisic and Ziyech will be able to consistently provide the sort of numbers in the Premier League that would warrant this lofty finish, but they’ve certainly got the talent to do so.

And in Werner, they have the cherry on top with the Germany striker looking born and bred for English football having taken this new challenge on the back of competing for the European Golden Shoe.

Zinedine Zidane will be rubbing his hands together with Asensio coming back to full fitness and Hazard inevitably showing Spanish football his true qualities after a difficult debut campaign.

But regardless of how those two perform, you can only rank Real’s front three so far down the list when you consider how brilliantly Benzema has performed and scored since Cristiano Ronaldo left in 2018. 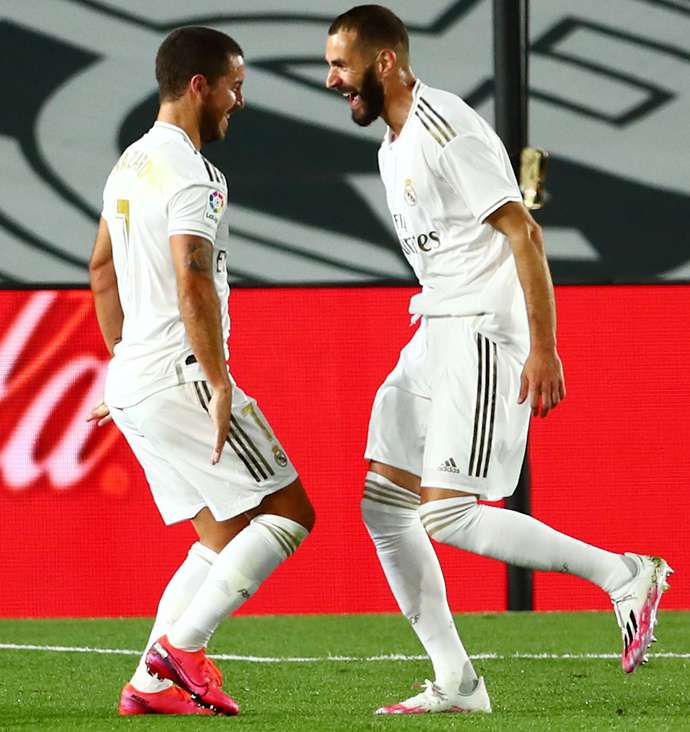 That, and the fact Rashford and Martial both moved past the 20-goal mark for the first time in United colours last season and this Anglo-French front three will cause chaos in the Champions League.

Suarez has gone as far as agreeing personal terms in Turin depending on which reports you believe and the Uruguayan has certainly got enough in his locker to top 20 goals in Serie A this season.

That’s a pretty daunting prospect when you bear in mind that Dybala was recently named the league’s MVP and Ronaldo, aside from being Ronaldo, just happens to be coming off a 31-goal campaign. 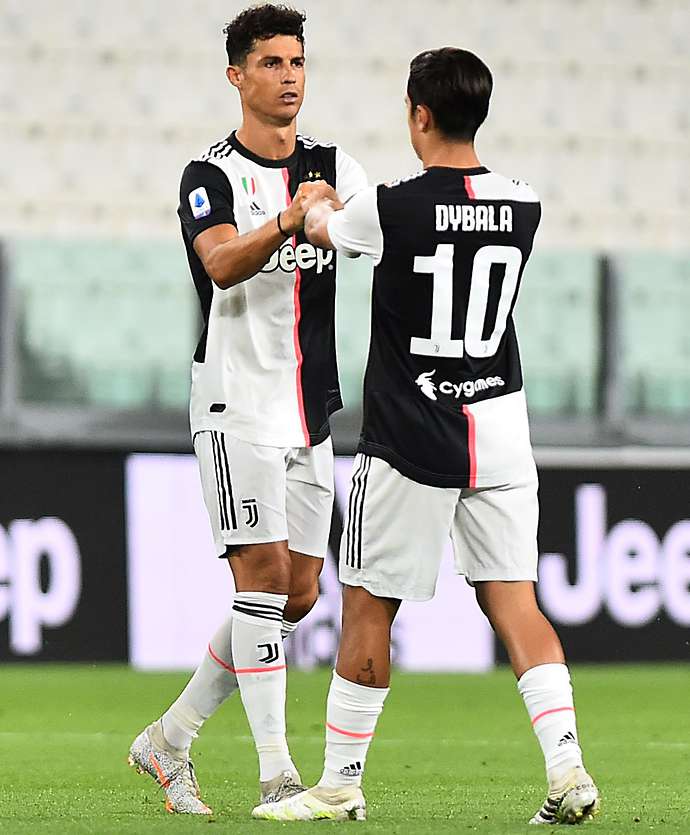 Say what you like about PSG, but their run to the Champions League final proves that their project is slowly coming together and both Mbappe and Neymar can stake claims as the world’s third best player.

Di Maria is without doubt the club’s unsung hero, though, scoring eight times and producing 14 assists in Ligue 1 alone last season to provide a connective tissue to PSG’s superstar duo.

No new signings, no tactical changes, just the same old Liverpool front three that has been causing chaos for three years – and bagging Premier League and Champions League trophies to boot.

So, if ever somebody points out that United’s front three outscored them last season, kindly point to their trophy cabinet and ask which trio was the most efficient regardless of the top-line statistics. 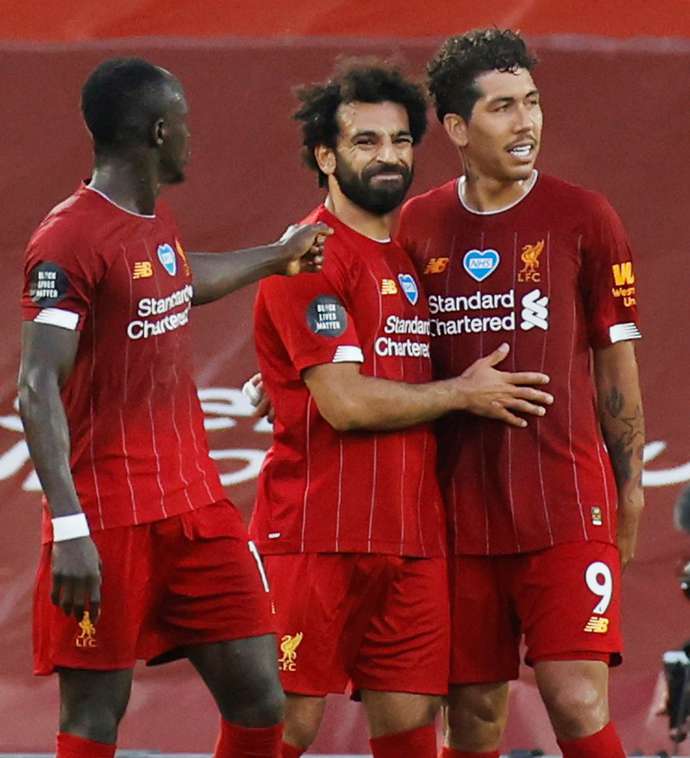 If you need any indication of how deadly Bayern’s attack has been recently, you only need to look at their 8-2 annihilation of Barcelona and 7-2 destruction of Tottenham.

It’s insane to think that Lewandowski scored 55 goals in just 47 appearances last season, so just imagine how much the Pole and his teammates could push on with Sane joining their ranks.

Where to start? City look set to sign Messi this summer who, fresh from producing over 20 goals and 20 assists for Barcelona last season, has the potential to revolutionise the Premier League.

Link him up with a Sterling who scored 31 goals in 2019/20 from out wide and an Aguero who has surpassed 20 goals for the last seven seasons running and you have yourself Europe’s finest front three. 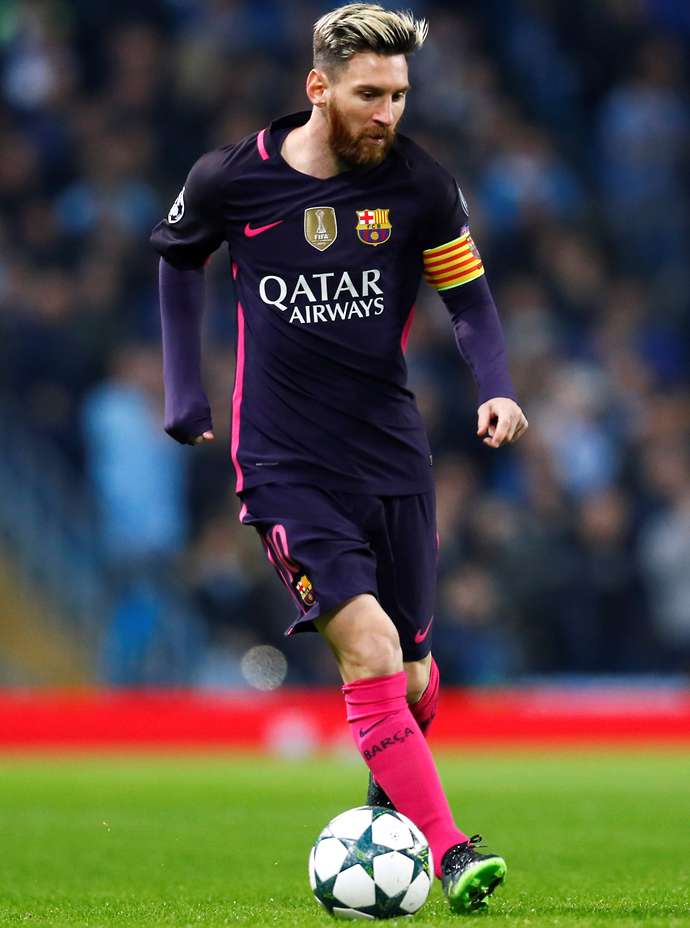 City are going to cause serious, serious problems in Europe if they get their hands on Messi.

It’s scary to think that the Citizens could be adding one of the greatest players in history to a front three containing a 30-goal-a-season winger and the Premier League’s most natural ever goalscorer.

And that’s enough, as far as I’m concerned, to lift them narrowly above a Bayern trio who, despite not being as impressive on paper, proved their quality throughout the 2019/20 season. 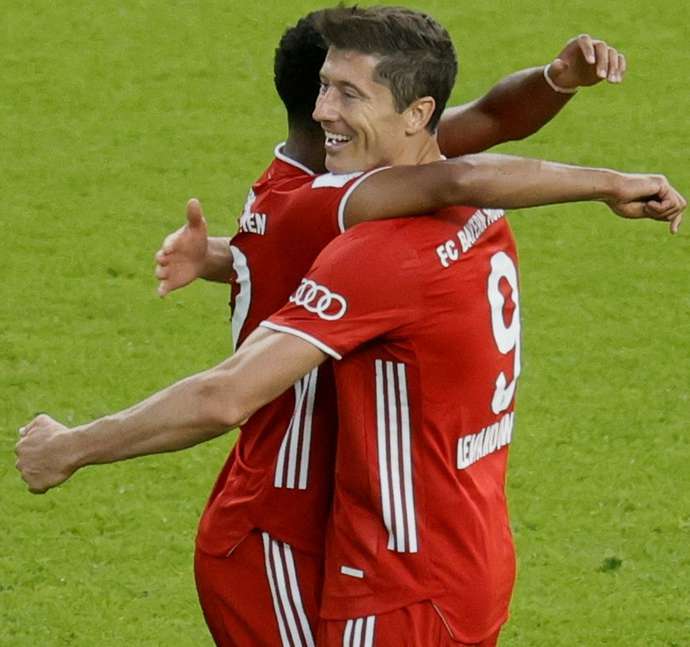 It must be daunting for European defenders to wonder what Sane could add to a front-line that already features a Ballon d’Or winner in all but name and a winger with 23 goals last time out.

In my book, they’re the top two by some distance, but the fact there is so much quality further down the list shows that we’ve got a lot to be excited about when the 2020/21 season gets underway.