The Public Accounts Committee (PAC) of Parliament has urged managers of public universities to strictly adhere to prudent financial management and accounting principles to ensure the judicious use of resources.

At its sitting yesterday, the committee observed that failure by the public universities to maintain appropriate accounting regimes did not only result in financial loss to the state but also deprived the institutions of the resources needed for development. 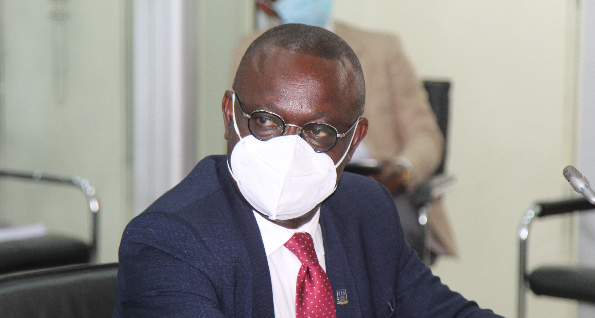 The admonition by PAC followed the revelation of some financial irregularities by some of the universities in the 2017 Auditor-General’s report.

Among other things, the report cited the universities for not keeping updated financial records, failure to account for some expenditure, defaulting in paying the right tax rates and their inability to recover money from debtors.

At the PAC sitting, it came to light that the UMaT had not properly accounted for GH¢18,777.

When the management of the university, led by the Vice-Chancellor, Prof J.S.Y, Kuma, appeared before the committee, it was established that GH¢10,100 of the amount went into the preparation of documents covering three parcels of land of the institution.

However, the Finance Director, Mr. Jonathan Sakoe, could not convince the committee with evidence on the whereabouts of the remaining GH¢8,677.

Based on that, the Chairman of the PAC, Mr. James Klutse Avedzi, directed Mr. Sakoe to immediately refund the GH¢8,677 that could not be accounted for in the 2017 Auditor-General’s report.

In his explanation, Mr. Sakoe said a former registrar of the UMaT who had supervised the disbursement of the money was now on retirement.
He, however, said steps would be taken to retrieve the remaining amount from him.

On that premise, Mr. Avedzi, directed Mr. Sakoe to pay the money as a matter of necessity for failing to act to retrieve it.

“You are hereby surcharged to refund the GH¢8,677 to the university yourself, and whatever you do to retrieve the money from the former registrar will be your business,” he stressed.

Among other irregularities the UMaT was cited for by the Auditor-General’s report were delays in lodging funds into the appropriate accounts, expenditure higher than income, leading to deficit, liabilities rising from GH¢4 million to GH¢7 million and failure to take receipts on money paid for lands on time.

On the issue of the university running into a deficit of about GH¢500,000, Mr. Sakoe explained that the situation arose because of increased expenditure resulting from increase in staff recruitment, with its related expenditure, as well as increase in student enrolment.

When asked what steps were being taken to deal with the deficit, Prof. Kuma said the university had increased its international students intake over the past three years.

The Auditor-General’s report cited the UCC for failing to provide real-time updates on fees paid by some sandwich students.
It said the failure to provide prompt updates put the institution at risk of some students forging pay-in slips.

Mr. Avedzi wanted to know if the university had moved all students onto its payment platform, to which the UCC Director of Finance, Mrs. Elizabeth Obese, affirmed that the directive had been followed through.

Responding to the issue of the UCC acquiring some vehicles without proper documentation, she explained that the inconsistencies in the registration numbers had been corrected.

Additionally, she said, the university had complied with the directive to emboss its insignia on its vehicles.

The committee urged the UCC to take steps to recover the GH¢10,000 that had been with the Agricultural Development Bank (ADB) for over 10 years.

The major issue for the University of Ghana had to do with its failure to tax the allowances of its staff, a development that led to a loss of GH¢4 million to the state.

The Vice-Chancellor, Prof. Ebenezer Oduro Owusu, who led a team of officials from the university, told the committee that a new accommodation policy had been developed by which the institution now withheld taxes on all allowances and remitted same to the Ghana Revenue Authority (GRA).

“We are ensuring that our staff members pay rates that are commensurate with others outside campus. In the new regime, we pay their allowances to them and they pay for rent and utilities,” he added.

When the GIJ took its turn at the committee sitting, it was led by the Rector of the institute, Prof. Kwamena Kwansah-Aidoo.
The major issue put to the team was how much the institute had been able to recover from the GH¢37,082 that had been given out to its staff as loans.

The Director of Finance of the GIJ, Mr. Mathias Dugu, told the committee that save one member of staff who was yet to repay GH¢600, all the money had been recovered.

On the issue of inconsistencies between lecturers’ attendant sheet and claims, as cited in the Auditor-General’s report, he said the system had improved.

The NCTE had only one issue to respond to — the failure to recover car loans and salary advance to staff, amounting to GH¢31,631.

Officials of the council said it had recovered almost all the amount, with only GH¢1,688 as the outstanding amount to be collected.