Members of the Volta separatist, the Homeland Study Group Foundation (HSGF) have blocked some roads leading into the Volta Region of Ghana.

The HSGF, a group championing the secession of parts of Ghana along the border with Togo, declared independence for the territory they call ‘Western Togoland’ on November 16, 2019.

They blocked the roads on Friday morning at Tefle and Juapong amidst the burning of vehicle tyres and chanting of war songs.

They are said to have started the action at dawn.

Travelers on the Accra-Sogakope road for instance have not been able to move and are stranded as the separatist group have blocked the road at Tefle.

The situation has created traffic at both areas of the roads.

The separatist group are burning tyres on the road and are chanting and singing war songs.

In one of the areas, some three police officers have reportedly been detained by the separatist group and two of them are reportedly injured.

The Volta Regional Minister, Dr Archibald Yao Letsa in a radio interview said he was coordinating the activities of the security personnel and that the situation would be brought under control.

He urged those stuck in traffic to exercise some patience as the security personnel will soon bring the situation under control and clear the roads for the traffic to flow. 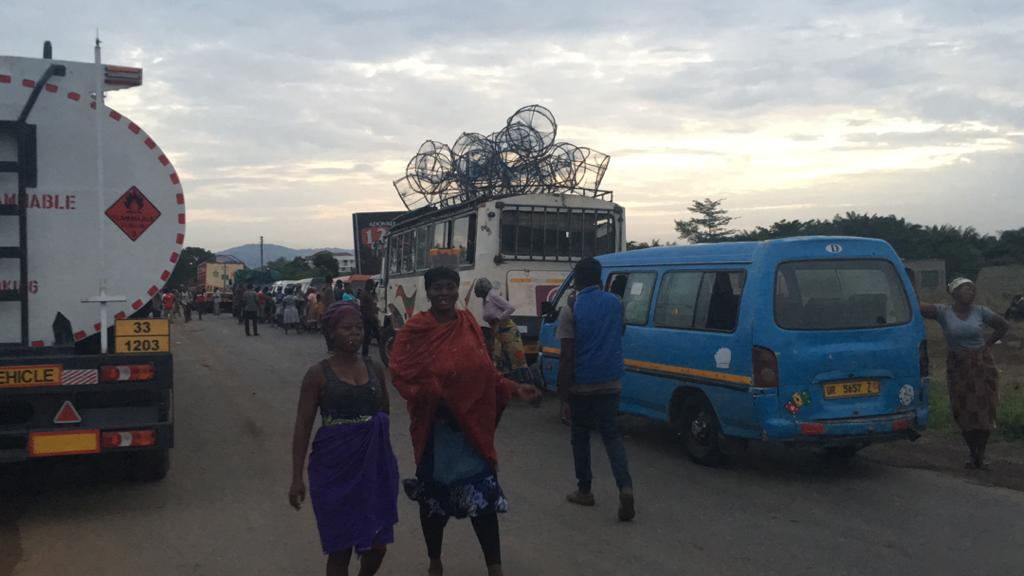 Some stranded passengers said they have heard gunshots and were scared to go near the separatist group.