The Tottenham midfielder had to take an emergency toilet break midway through the second half of Tuesday’s League Cup clash against Chelsea, leaving his team a man short for several minutes.
While Dier was away taking care of his business, Chelsea had a chance to extend its lead, causing manager Jose Mourinho to sprint back to the Tottenham changing room to “put pressure” on his player to finish up as soon as possible.
Fortunately, in his absence Spurs held firm — unlike Dier’s stomach — and took the game to a penalty shootout after Erik Lamela’s late goal canceled out Timo Werner’s early opener.
Spurs scored all five of its spot kicks to earn a place in the League Cup quarterfinals after Mason Mount missed Chelsea’s crucial fifth penalty.
READ: ‘I thought I had grown,’ jokes Jose Mourinho as he discovers goalposts were wrong size
READ: Jose Mourinho is the star of the show in new behind the scenes documentary at Tottenham
“It’s a first for me,” Dier told Tottenham after the match. “But there was just nothing I could do about it. When you’ve gotta go, you’ve gotta go. I heard they had a chance, actually, so I’m very thankful that they didn’t score because that wouldn’t have been good.
“But some things you can’t stop.” 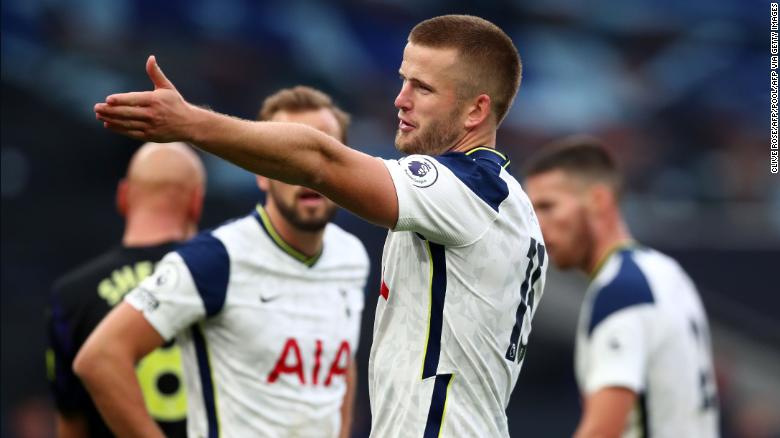 Dier scored in the penalty shootout as Tottenham reached the League Cup quarterfinals.
Dier was named man of the match for his performance, which came less than 48 hours after Tottenham’s Premier League game against Newcastle on Sunday, and he dedicated his award to “the real man of the match” — the changing room toilet.
Mourinho was full of praise for Dier after match, in particular for playing two 90-minute games in such quick succession, and called his physical exertions “not human.”
However, he was once again critical of the grueling fixture schedule the football authorities have laid out for his team; Spurs will have just 48 hours before its next match against Maccabi Haifa in Europa League qualifying on Thursday. 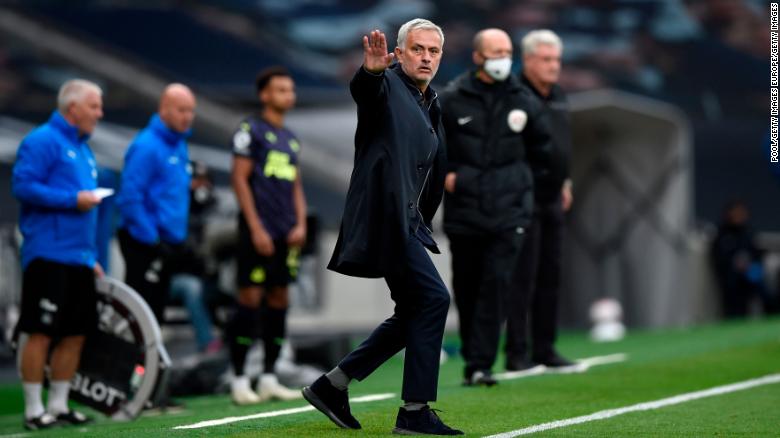 Mourinho gestures on the sidelines during Tottenham’s game against Chelsea.
“He had to go,” Mourinho told Sky Sports of the second half incident. “No other chance, he had to go … Maybe it’s a normal thing when you’re completely dehydrated, when you have nothing in your muscles, which was the case.
“I knew that he had to go, but I was just trying to put some pressure on him,” Mourinho laughed. “To have him back for the remaining time. He was a great example for everybody, playing these two matches.
“Of course, if the football authorities don’t care about players, I care. So of course Eric Dier cannot play the match on Thursday.
Source: EROSFM
Via: EROSFM
ShareTweetSendShare
Previous Post

Mahama is an archbishop of promises – Bawumia