by Eros FM
in News, Politics
0

President Nana Addo Dankwa Akufo-Addo, has urged the Chiefs and people of the Upper East Region to look favourably on the government of the New Patriotic Party by voting massively for him and the party’s parliamentary candidates on 7th December 2020.

Addressing a meeting of the Upper East Regional House of Chiefs on Thursday, 8th October 2020, President Akufo-Addo stated that the Upper East Region has, since the advent of the 4th Republic, not looked favourably on the NPP either in the presidential or parliamentary elections.

“The Presidential candidates of my party, the three; Prof. Adu Boahen, John Agyekum Kufuor, and myself have never won the majority of the popular votes in the Upper East region and, indeed, our party has not fared well in the parliamentary elections. Three (3) out of the fifteen (15) seats of the Region are currently in the possession of the New Patriotic Party,” he said.

The President continued, “What I am, respectfully, asking of you is that, having regard to what is happening in this country the last three (3) nearly four (4) years, of a performing government that has fulfilled the overwhelming majority of its commitments to the Ghanaian people, and has shown its determination to work in the interest of all the peoples of Ghana without discrimination, that this time round the Upper East looks favorably on the elephant party and helps us become the majority party in the Upper East.”

President Akufo-Addo told the Upper East Regional House of Chiefs that, in the three and half years that he has been in office, he has had the opportunity to manifest to the Ghanaian people the honesty with which he made the promises of 2016 to them.

Having only served as Attorney General and Foreign Minister in the Government of President Kufuor, the President told the House that, prior to the 2016 election, “I had not record as a President to put before the Ghanaian people, and that is why I made a series of promises to the Ghanaian people that if they gave me the chance, with the blessing of the Almighty, there are certain things that I will do.”

It was the acceptance of those promises, and as a result also of the poor governance of the then Mahama administration, the President explained, that led the Ghanaian people to give him the resounding victory of 7th December 2016.
“Today, I am no longer in the position I was in 2016. I have had nearly 4 years of being responsible for the conduct of the governance of this country. So, in 2020, I am going to the people, not just with promises but with my record in governance.”

In counting on his solid record of performance in office, he told the Chiefs that “I have dealt with them (Ghanaian people) honestly. It is important for me that I should be seen to be a man of integrity. A man who did not come to deceive the Ghanaian people but came to assist in the development of our nation.”

President Akufo-Addo, thus, appealed to the Chiefs and people of the House to vote massively for him and the 15 NPP parliamentary candidates, “so that the cry which is abroad in our country today of ‘4 More for Nana’ becomes the cry of the Upper East region as well.” 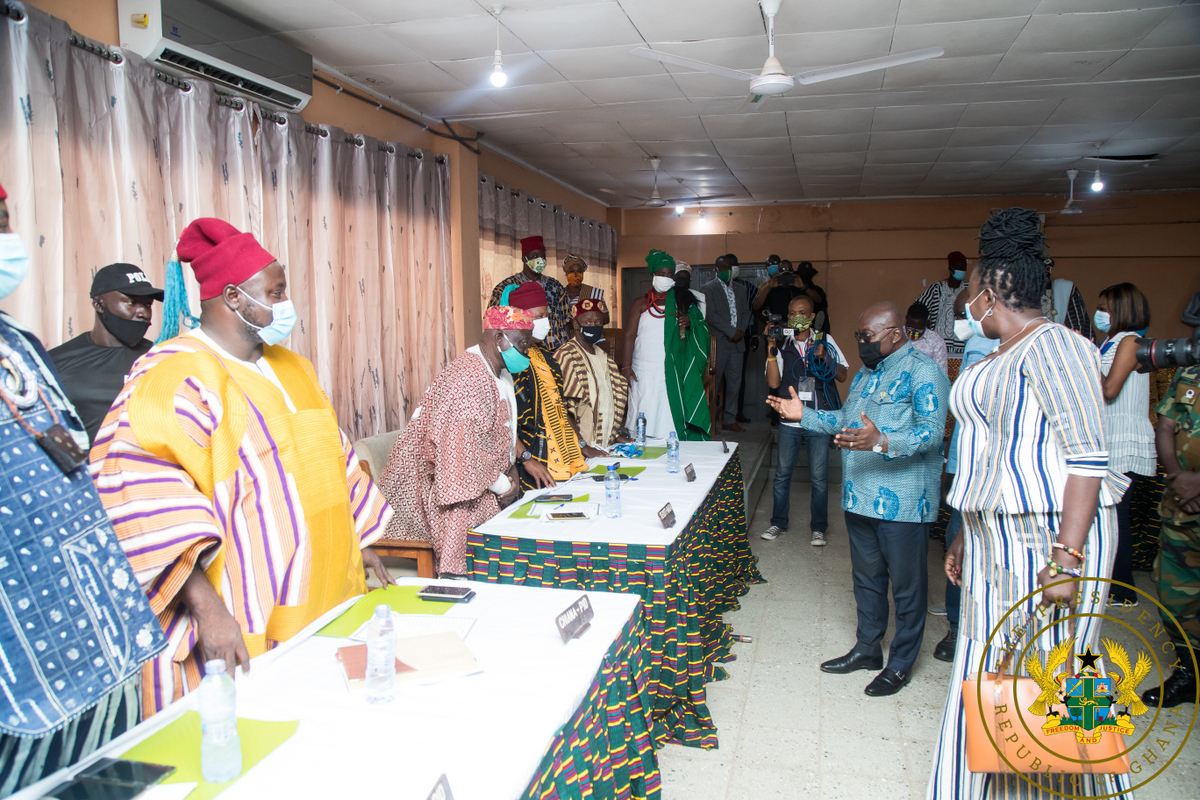