10 EARLY SIGNS AND SYMPTOMS OF PREGNANCY, ACCORDING TO EXPERTS

by Eros FM
in Health
0

[This article was originally published in 2018]

Many people may claim they know how to spot the tell-tale signs of pregnancy.

However, there are a variety of symptoms of early pregnancy that some are likely less aware of, such as implantation spotting and leg cramps.

Pregnancy tests may not always display the correct results right away, which is why it’s important to be clued up on the other signs that a woman is in her first trimester.

Here are 10 early signs of pregnancy that everyone should take note of.

Missing a period is one of the most commonly known signs that a woman may be in the early stages of pregnancy.

During menstruation, the lining of the uterus breaks down and is shed in the form of a period, which typically lasts three to seven days. 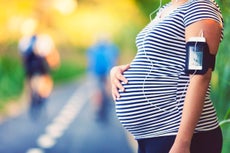 During the first trimester of pregnancy, a woman may experience cramps in her legs and feet.

According to Clearblue, this is caused by a change in the way in which the body is processing calcium.

“Much of the calcium that you get in your normal diet is used by your body to help develop your baby’s bone, teeth and other organs,” wrote Dr M.D. Mazumdar, a senior consultant gynecologist at the SM Polyclinic.

“This decreases your own body’s share of calcium, making your bones and muscles weak.”

Another common symptom that women may notice as their bodies begin to change during pregnancy is increased sensitivity of the breasts.

Not only may their breasts feel more sore and tender than usual, but they may also increase in size, as explained by the NHS.

Further physical changes of the breasts may include more visible veins and darkening of nipples.

When a woman becomes pregnant, the hormonal changes that occur can make her feel increasingly tired.

An increase in the levels of hormones oestrogen and progesterone can lead to immense fatigue, particularly during the first trimester.

Morning sickness is a term often used when describing the nausea that some women have to cope with when carrying a child.

However, morning sickness can occur at any time of day.

Women who experience morning sickness may do so around six weeks after their last period, as stated by the NHS.

While women don’t have periods during pregnancy, they may still experience spotting on occasion.

Approximately one in four pregnant women will lightly bleed during their first trimester, according to BabyCentre.

Implantation bleeding can occur around a week after ovulation when the fertilised egg implants into the lining of the uterus.

It’s a well-known fact that women may experience a change in their taste preferences when pregnant.

According to the NHS, pregnant women may also notice an increase in the strength of their senses, particularly of smell.

As previously stated, a pregnant woman’s body will experience a dramatic increase in the hormones oestrogen and progesterone in the blood.

This can lead to mood swings during early pregnancy, as stated by Clearblue.

Bringing a baby in the world is an emotional experience, so a combination of hormonal changes and the overwhelming nature of pregnancy could lead to a whole array of feelings rushing to the surface.

Women in the early stages of pregnancy are likely to experience a greater need to use the bathroom on a more frequent basis.

This is due an increased blood flow to the kidneys, as stated by Kidspot.

Furthermore, the growing size of the uterus during the first trimester can also put pressure on the bladder.

While this term may not be very familiar, it affects as many as one in 100 pregnant women, Clearblue states.

Women who experience hyperemesis gravidarum may continue to do so throughout their entire pregnancy, although symptoms can improve over time.

It’s important for pregnant women to seek the advice of a doctor if experiencing severe nausea and vomiting.