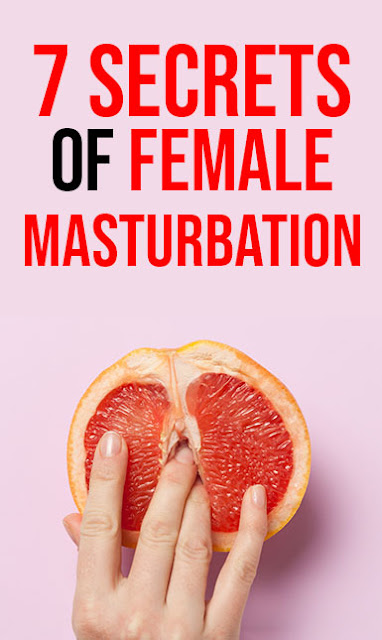 She’s quicker without you.

On average, women take longer to orgasm than men do. “For a woman’s nerve endings to be stimulated and for the blood flow to get down into her genitals, it can take up to 15 or 20 minutes of foreplay,” explains Sadie Allison, Ph.D., author of The Mystery of the Undercover Clitoris: Orgasmic Fingertip Touching Every Woman Craves.

She doesn’t do it quite as often.

“Men can be in a dirty gas station bathroom and rub one out,” says Allison, but for the fairer sex, environment is everything. Maybe she pulls out a special lubricant, lights a few candles, or draws a bath before starting self-pleasure. “A lot of women need their heads to be there, and if there are any distractions whatsoever, that can throw them off,” she says.

Her touch is softer.

“Think about if you had an eyelash in your eye and you were trying to rub it out,” says Allison. “You’d pull your eyelid back and gently use your fingertip to rub around. That’s how soft you should touch a woman’s clitoris. Yes, that soft.”

The clitoris has twice as many nerve endings as the head of the penis, so it’s super-sensitive to even the softest touch. Some women like it rougher—and they’ll tell you if they do—but most need to be eased in gently before they can stand too much contact with their clitoris.

She explores her whole body.

She doesn’t always care about orgasm…

…But when she does, she’s going for seconds.

When you ejaculate, it creates a huge physical release.
“It takes a lot of energy for the body to actually push all of that fluid from the prostate, through the spiral tubing, then through the testicles, up and out of the penis,” explains Allison. “That’s why when [men] are finally done, it’s over. They’re like, ‘Whew, I need a nap.’”

Women’s orgasms are physical, too, but they don’t have the same “refractory period” after climaxing, which makes it more likely for them to go for multiple rounds. So while some women aren’t necessarily vying for orgasm at all, others don’t stop at just one. Lucky ladies.